After being given a twelve-hour countdown to hype yesterday evening, we now have the official announcement of Trainer Battles (player-versus-player mode). Niantic's official announcement and media articles written by journalists given early access have revealed a lot, so let's dive straight in.

To start a PVP battle, go to the Nearby screen. There will be a new tab on the left that says "Battle." You can challenge another Trainer, battle one of the team leaders (more on that in the "Ace Trainer" section), or have your opponent scan your QR Battle Code.

Pokémon GO's PVP battles are not turn-based. They are designed to be real-time, fast, and not overly-complicated. As in Gym and Raid Battles, you tap the screen repeatedly to use your Fast Attack. Using your Fast Attack allows you to charge up a Charged Attack.

Here's where the differences start. After you select one of two Charged Attacks to use, you again tap the screen to use that attack. During that window, your opponent has the option to use a Protect Shield. These shield greatly reduce the damage your Charged Attack does. Each Trainer has two of these Protect Shields to use throughout the entire match.

You are able to switch your Pokémon out in battle, but there is a cool down. Once you switch, you're locked into that Pokémon for a few seconds. Your team is comprised of three Pokémon.

After the battle ends, you'll receive rewards regardless of whether you won or lost. These rewards include Stardust and Sinnoh Stones. While the number of Trainer Battles you can do in a day is not limited, you can only receive three rewards from them a day.

The end-of-battle screen also allows you to rematch the opposing Trainer. If they are not already on your Friends List, you can send them an invite from this screen.

Pokémon GO is all about getting out in the field and meeting people face-to-face. Most Trainer Battles will need to be done in person, but there is a way to battle at home. Trainers that you are Ultra Friends or Best Friends with can be battled anytime and anywhere.

Yes, that's right! Your Pokémon can now learn a second Charged Attack! This is done by using an undisclosed amount of Stardust and Candy from your Pokémon's summary screen. This second attack can be used in Gym, Trainer, and Raid Battles.

Because of the extra Charged Attack, Charged TMs will work differently. When being used you'll be able to select which move you wish to replace. Most Pokémon have three possible Charged Attacks, so it seems possible that movepools could expand and give Pokémon some more coverage.

You can battle the three Team Leaders once a day to level up your Ace Trainer badge. This badge has been in the game since Day One, but was discontinued when Niantic reworked the Gym system back in 2017 and removed the ability to train. There will also be new badges that relate to Trainer Battles.

Spark, Candela, and Blanche have set teams for each League format. You are not limited to facing your own Team Leader.

This point is very important, Trainers! Niantic told The Verge that when PVP launches it will be available for Level 40 Trainers only. Like with many other features, this is so major bugs can be resolved if they come up and so the servers are not overwhelmed upon launch. The minimum level will be lowered quickly if everything runs smoothly.

​Age also prohibits PVP. If you were honest with your age and are 13-years-old or younger, you will not be able to battle other Trainers. This is the law in some countries, and Niantic cannot do anything to get around it. 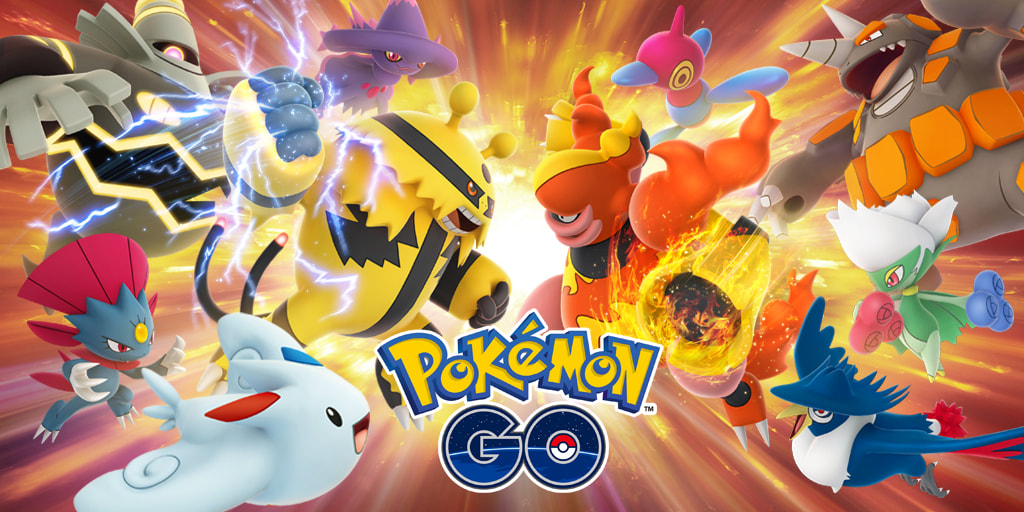 While we have a lot of information about Trainer Battles, once thing we are lacking is a specific release date. Niantic have confirmed the feature is coming this month. Due note we do need a new update to support all of these features before we can even talk about releasing them.

In the main-series games, there are certain Pokémon you cannot use in most competitive formats. Those are usually Mythical Pokémon, the main Legendary Pokémon (Mewtwo, Ho-Oh, Rayquaza, Giratina, etc.), and Ash-Greninja. In Pokémon GO, Legendary and Mythical Pokémon are usable in all three Leagues.

With that said, there are two Pokémon that cannot be used in Trainer Battles. The first is Shedinja, which is a little strange. If it ever got Wonder Guard, it may be a bit broken, but without the Ability is is just a regular Pokémon. It would loose consciousness in one hit regardless, so it would be baffling if one ever brought a Shedinja into battle.

The second and final Pokémon is Ditto. Ditto's maximum CP is low, allowing it to battle in any League at Level 40. Once it uses Transform, Ditto's CP could easily exceed the League's limit. It's understandable why Ditto is banned in this battle format.

If this PVP news doesn't seem like your cup of tea, then maybe this will be. In the pre-release video shown by media outlets, we can see three unreleased Pokémon: Garchomp, Regigigas, and Smeargle.​

Garchomp is the "pseudo-Legendary" Pokémon of Generation 4, and definitely a Pokémon that is going to impact the meta-game as a Dragon-type and Ground-type attacker. It has two pre-evolutions: Gible and Gabite.

Regigigas is a Legendary Pokémon from Gen 4 that has yet to be released. One could assume that Regigigas could be our next Legendary Raid Boss, but that is unconfirmed. Regigigas, like Rhyperior, is drastically undersized in the video.

Finally, we have Smeargle. Smeargle is a Pokémon from the second generation, and the last one needing to be released. It has been held back so long seemingly because of its signature move Sketch, which allows it to permanently learn the last move used by the opposing Pokémon. We'll have to wait and see if this painter-like Pokémon is finally on its way into the game.
Thanks for reading, Trainers! There are still many unanswered questions about this system, but if you have one please tweet at us and we can try to answer it.
IMAGE CREDIT: Niantic, The Pokémon Company; SOURCE: Niantic, IGN, The Verge